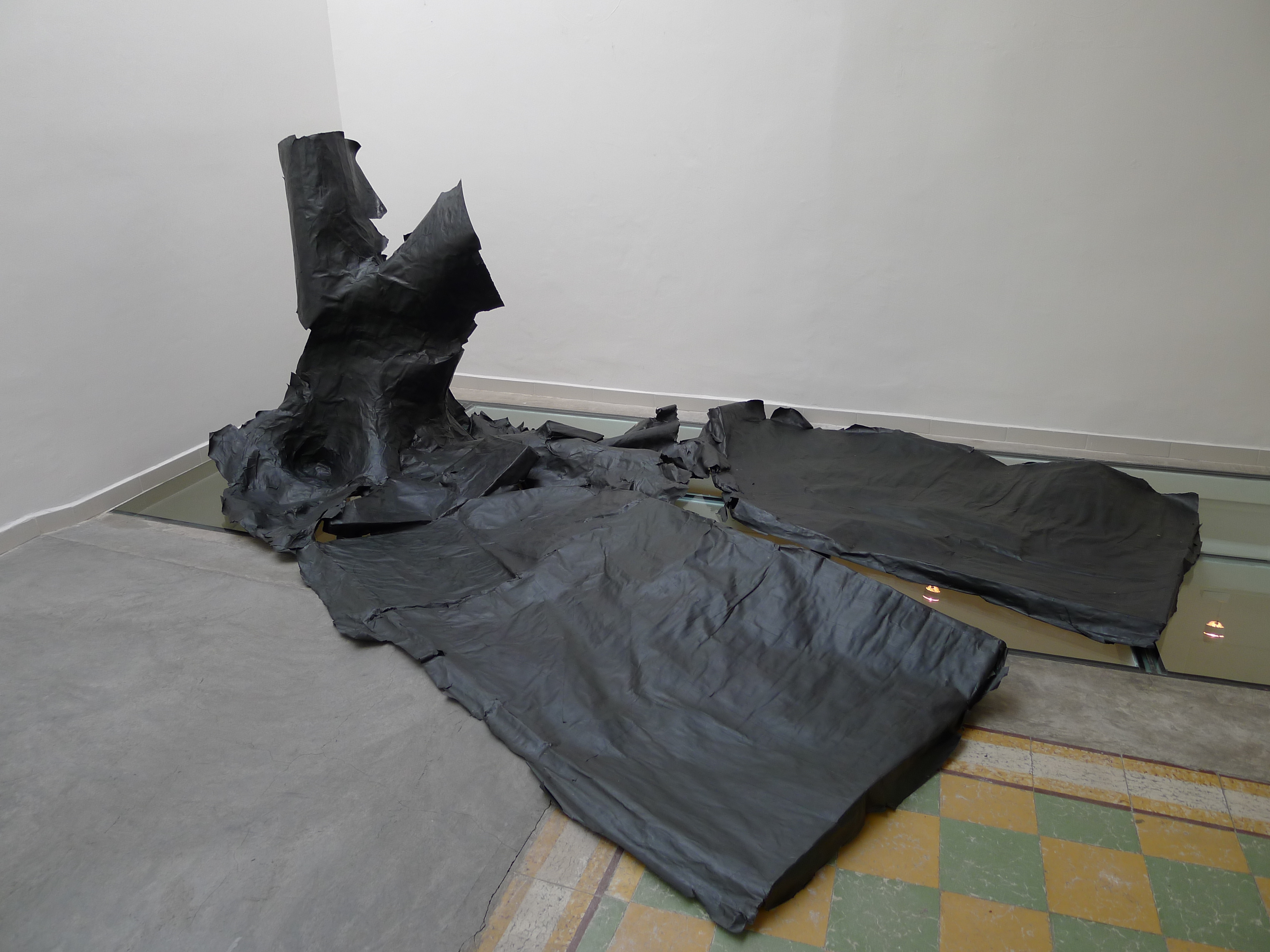 Papiér mâché mould of a concrete sidewalk elevated by a tree

The project’s title comes from a story by the Brothers Grimm entitled, precisely, “One Eye, Two Eyes, Three Eyes.”

There was once a woman who had three daughters: the eldest had only one eye in the middle of her forehead; the second had two, like any other person; and the third had three, one on each side of her head and another in the middle. The mother and the other two sisters mistreated Two Eyes because she was the way people normally are. They fed her only the most basic food and gave her the worst clothing.

After years of abuse, a wise woman told Two Eyes that she should plant the heart of a goat that had died by her mother’s hand; this would bring her luck. And so she did: the goat’s heart yielded a tree that bore golden apples; the tree brought forth a knight who fell in love with Two Eyes; he took her to his castle and they were married. Following many years of happiness, two beggar women knocked on Two Eyes’s door; as soon as she saw them, she recognized her two sisters, whose lives had been reduced to panhandling. How did Two Eyes react to seeing her sisters after all those years?

The story’s possible denouement was the primary catalyst for our proposal that, consequently, took on the name One eye, two eyes, three eyes. We are fascinated by stories, tales, and lies, and we fantasized for years about a project with origins in the shifting territory of narrative and oral tradition, where surprise counts more than reason. 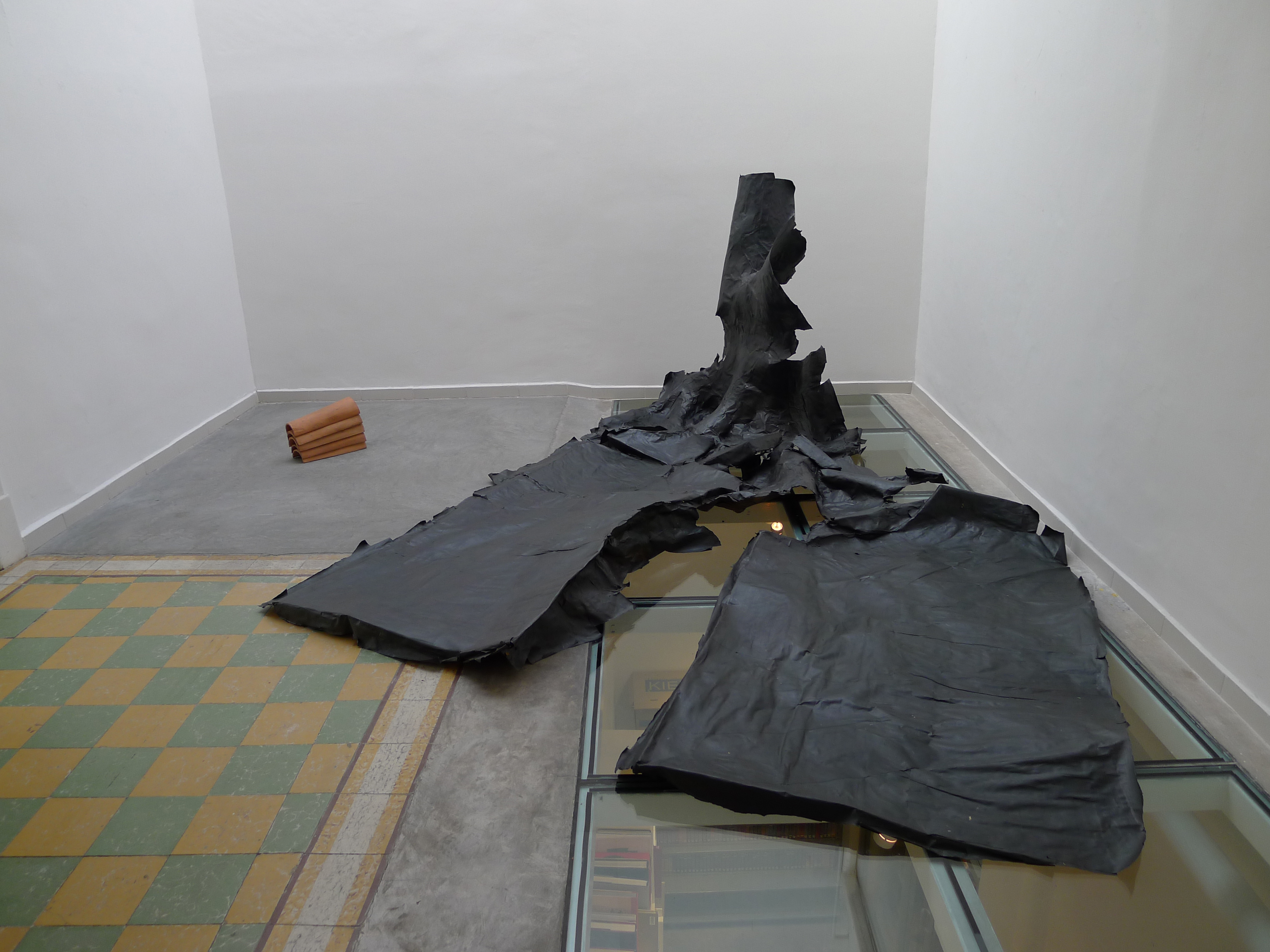 Papiér mâché mould of a concrete sidewalk elevated by a tree

Roberto Calasso, in his essay “The Madness that Comes from the Nymphs,” relates how the first being Apollo addressed on Earth was a nymph. Her name was Telephassa and she immediately tricked the god.

Nymphs can be both saviors and devastators. They have an unpredictable character in certain narrative structures; they are powers that act suddenly, capturing and transforming their prey. The best stories always contain an element of this sort. Each of these invasions signals a metamorphosis. And each metamorphosis represents the acquisition of knowledge. It probably doesn’t involve a rational or methodical knowledge, but rather, on the contrary, a narrative possession. The Brothers Grimm collected their stories from oral tradition, tales passed along by word of mouth, in different versions and with different endings.

The project One eye, two eyes, three eyes stems from oral tradition and the way in which the subject appropriates, transforms and shares this repertoire.

The sculpture by Mariana Castillo Deball is based on the papier-mâché casts, produced in Mexico in the 17th century, that were used to copy facades or reliefs of various archeological monuments with the goal of showing life-sized copies of these spaces in international expositions. Seeking to create a contemporary map of the urban space, Castillo Deball set out on walks through the city in search of pre-Columbian pieces fitted into colonial buildings in the historical center; one of the emblematic examples is the snake head located on the corner of Pino Suárez and Regina. These walks led her to countless urban anomalies, concrete palimpsests that combine diverse temporalities, reforms and moments experienced by the city. She chose one of these anomalies, found in a sidewalk on Zacatecas Street in the Roma district, and made a papier-mâché casting of one of those “geographic accidents” that narrate the city’s transformation and the intersection of nature and metropolis. 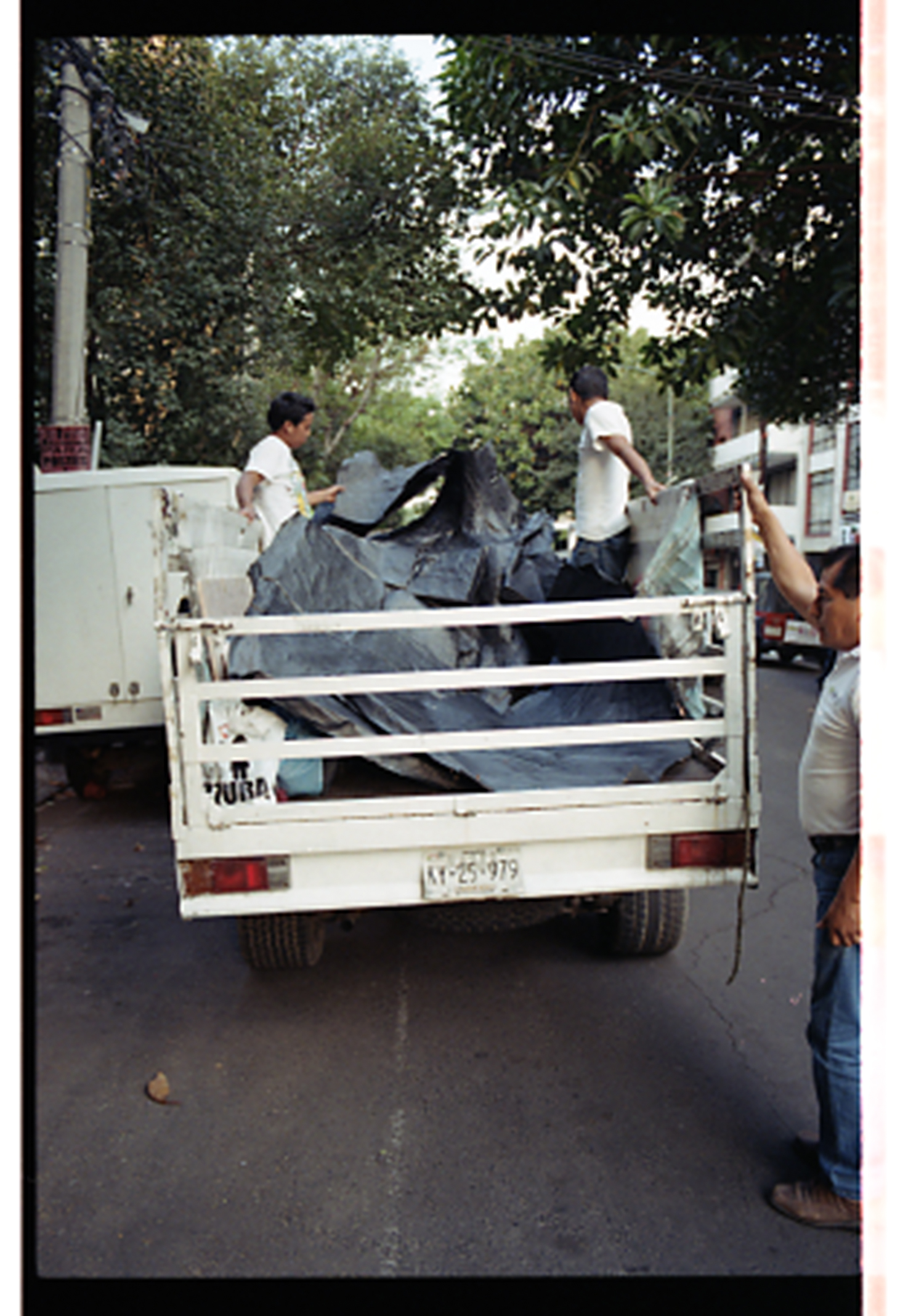 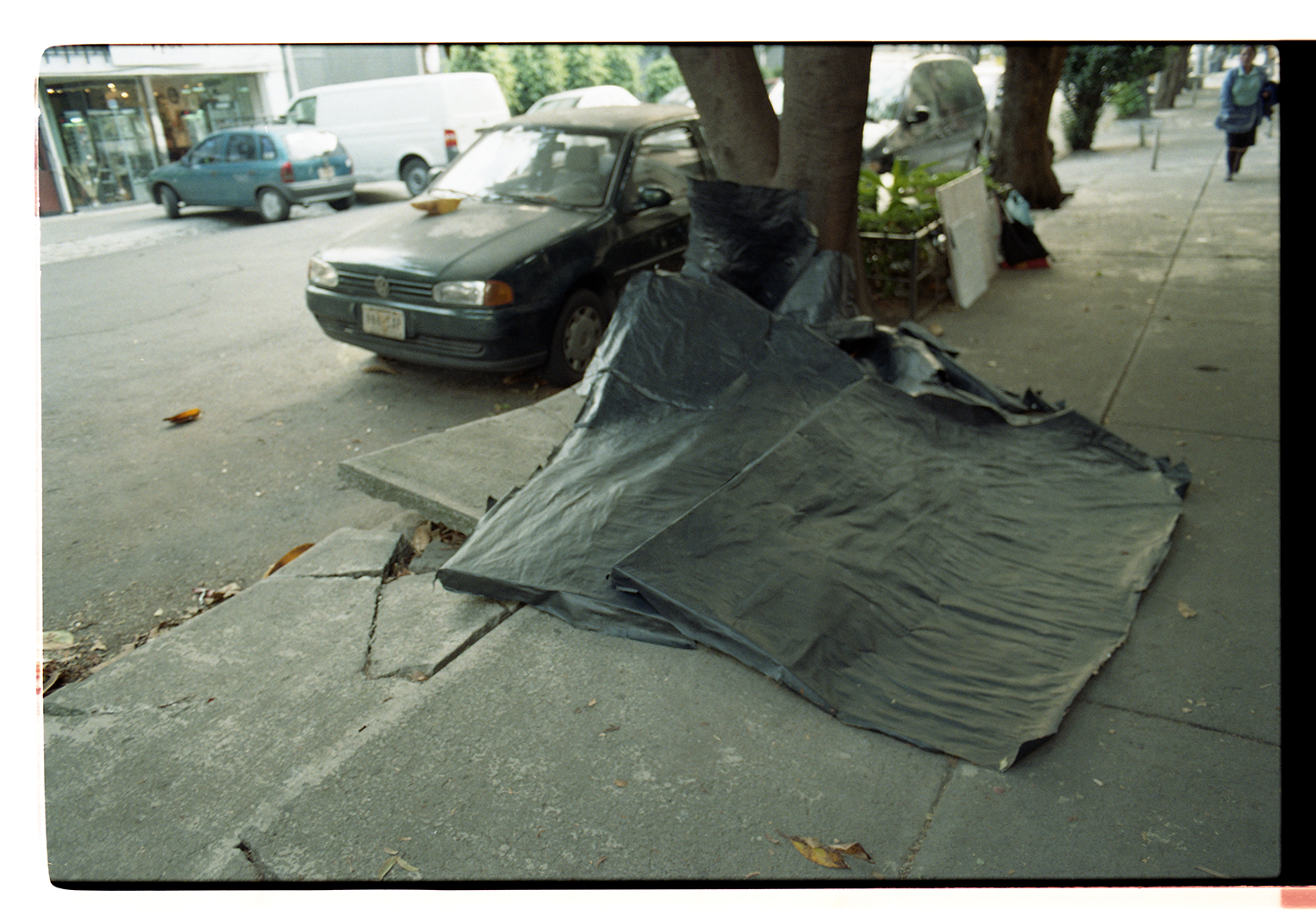 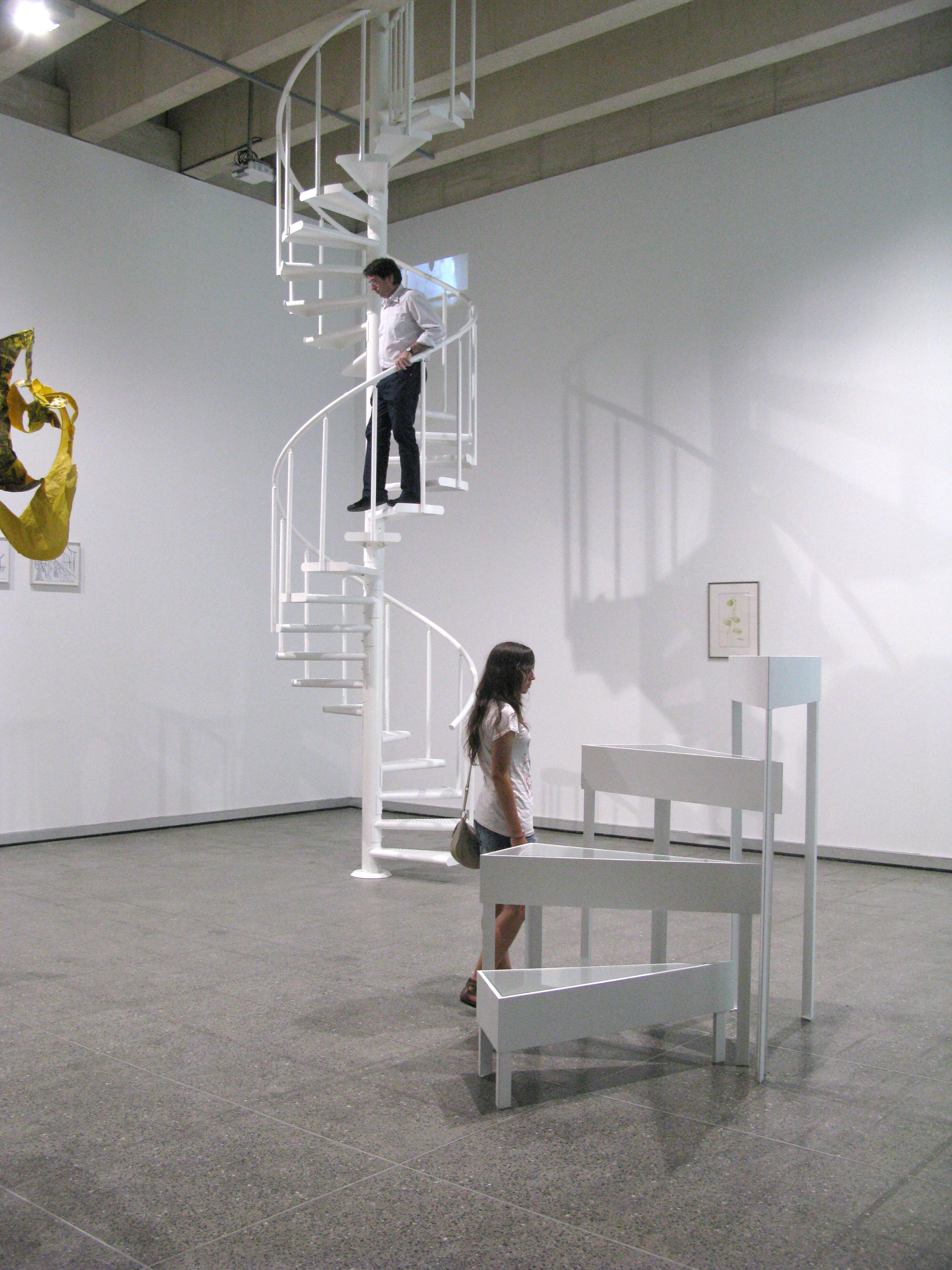 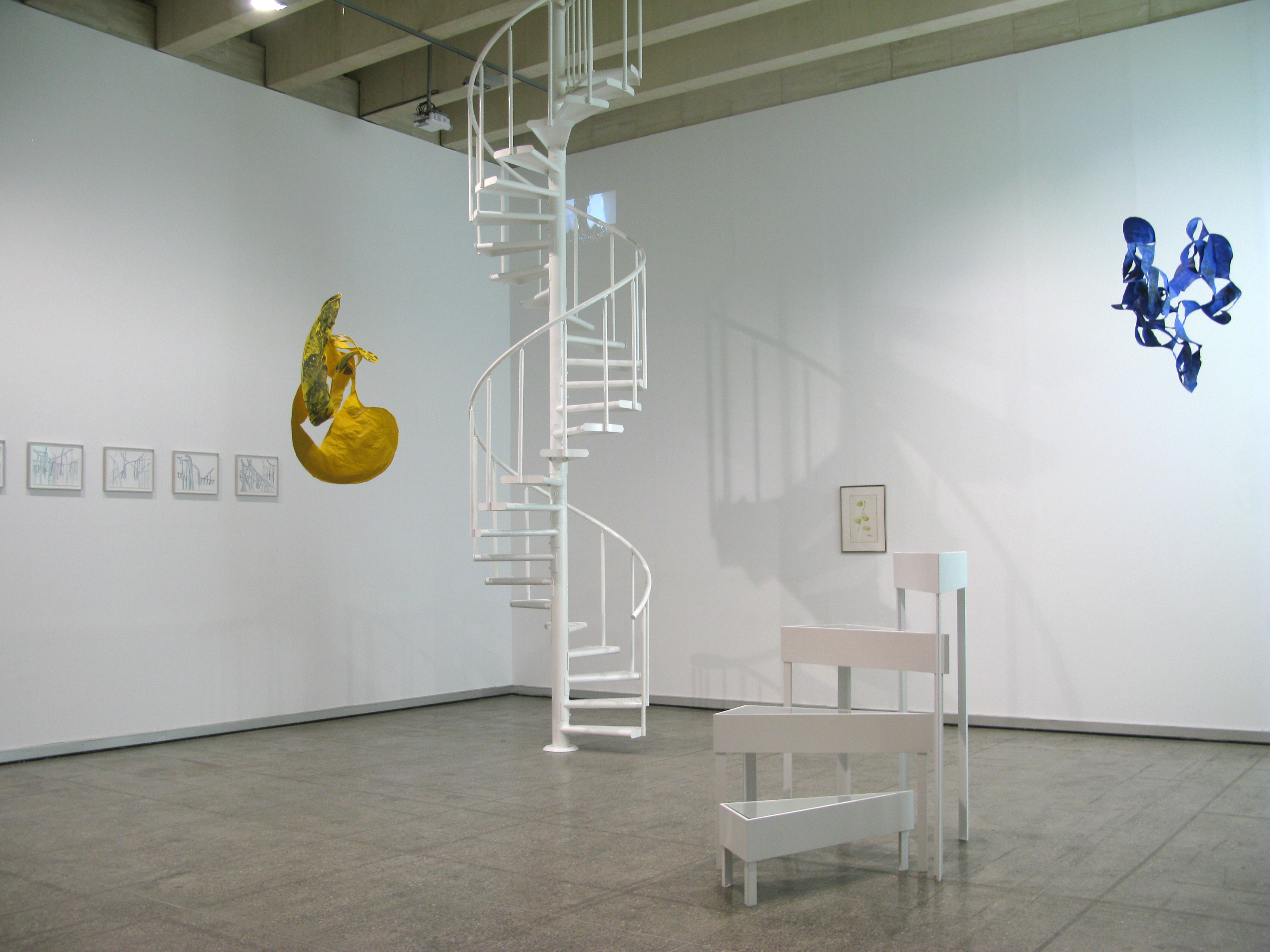 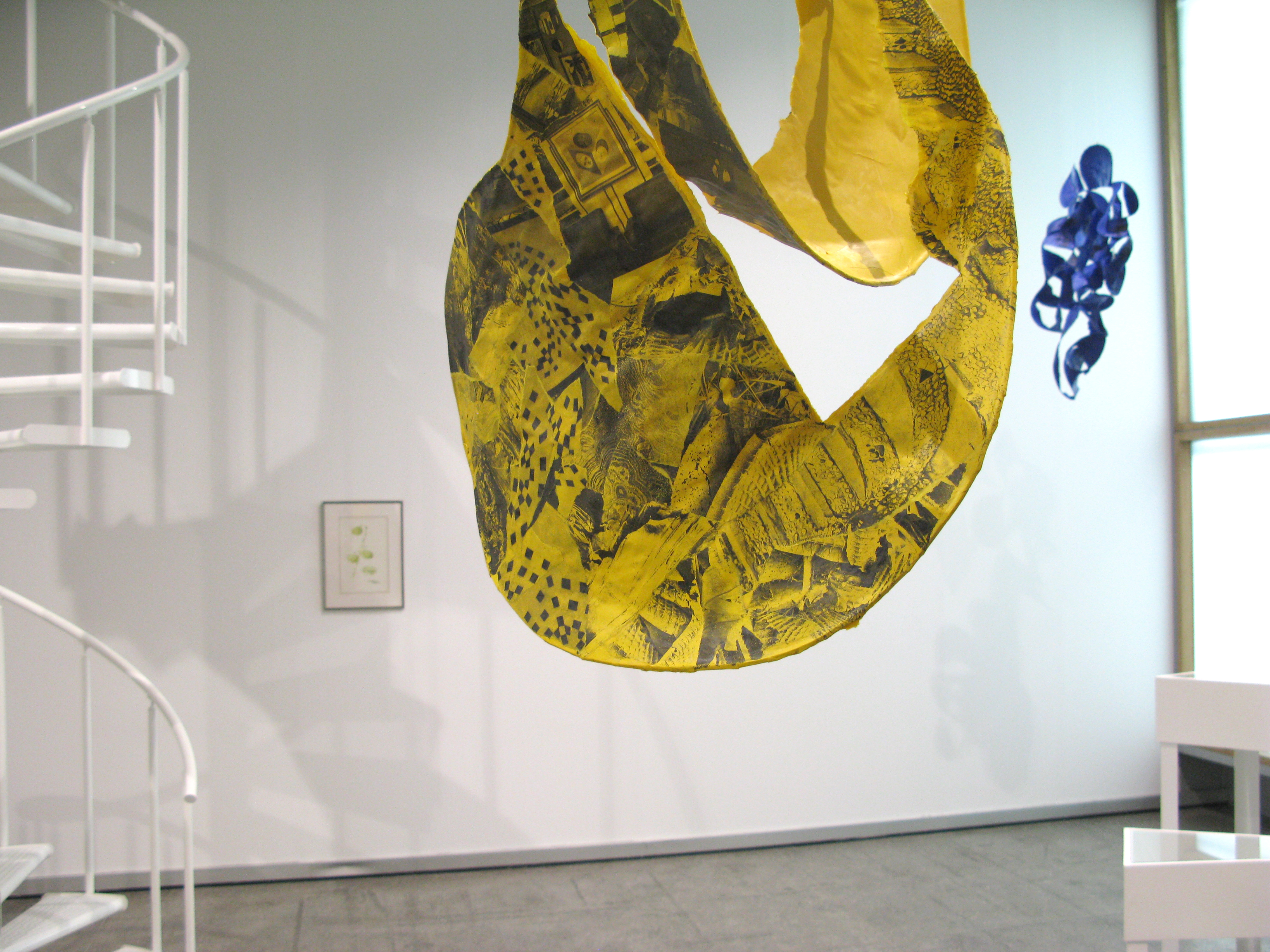 Co-presented by Cabinet
and Performa. Cabinet is pleased to present “Zeno Reminder,” an exhibition by Berlin–based Uqbar Foundation (a collaboration between Mariana Castillo Deball and Irene Kopelman). Included in Performa ’09, “Zeno Reminder” uses the Futurist credo that machines will improve human efficiency and speed to play with the bonds and ruptures between nature and technology. Sculpture-structures inspired by Futurist artist Fortunato Depero will serve as a setting for an array of objects—including sculptures, drawings, and paintings—that pose the question: “What would the style of a creative automaton be?” Probably a “spasmodic machine,” one that feels the need to produce disorder, turning its own codes upside down.

Like such a machine, our technological culture must “fail” if it is to succeed, for its very failures constitute that which it is trying to measure, harness, or predict. If the predictions of science were completely exhaustive, would nature become technology, and vice versa?

The opening will feature a screening of Castillo Deball’s video “Nobody Was Tomorrow” (2007). Taking the style of a children’s tale, the work consists of three characters telling their own stories: Nobody, an accelerating aging machine in Belgrade’s National Library; the huge ficus tree inside the House of Culture in Cacak, Serbia; and the archaeological remains of the Roman baths, also in Cacak. All the characters in the story are real, but the connections between them are fictional.

On Friday, November 20, Reinaldo Laddaga, associate professor of romance languages at the University of Pennsylvania, will read his libretto “Summer Maneuvers.”

Uqbar Foundation was initiated by Castillo Deball and Kopelman in 2006. It aims to generate a platform for interdisciplinary practice and discussion, creating a dialogue among artists, scientists, and institutions, and developing new ways of collaboration with different areas of knowledge, individuals, and institutions such as museums, universities, archives, and libraries.

Featuring exhibitions of both contemporary art and historical materials, as well as
an eclectic schedule of talks, screenings, and events, Cabinet’s space was inaugurated in the fall of 2008 to extend the award- winning magazine’s engagement with
art and culture into the public realm. Located at 300 Nevins Street (between Sackett and Union) in the Gowanus neighborhood of Brooklyn, Cabinet’s space
is open Tuesday to Saturday 12–6 pm
and by appointment, and is fully wheelchair-accessible. For further information, contact Sina Najafi at 718 222-8434 or via email
at press@cabinetmagazine.org. This idea refers to Jorge Luis Borges’ story ‘The Garden of Forking Paths’ where the book and the labyrinth are intertwined in one form which conduce to infinitive meanings, and to the ‘The Library
of Babel’ from the same author, where Borges describes how the universe, the library, consists of an infinite expanse of interlocking hexagonal rooms.

The Futurism movement tried constantly to compare human nature to machines, in terms of eficency and speed, but we ask the question: What would be the style of a creative automaton?

The first answer would be classicism, nevertheless, as Italo Calvino points out, the true literature machine will be one that itself feels the need to produce disorder, as a reaction of its preceeding production of order, a machine that a certain point feels unsatisfied with its own traditionalism and starts to propose new ways of creating, turning
its own codes completely upside down. 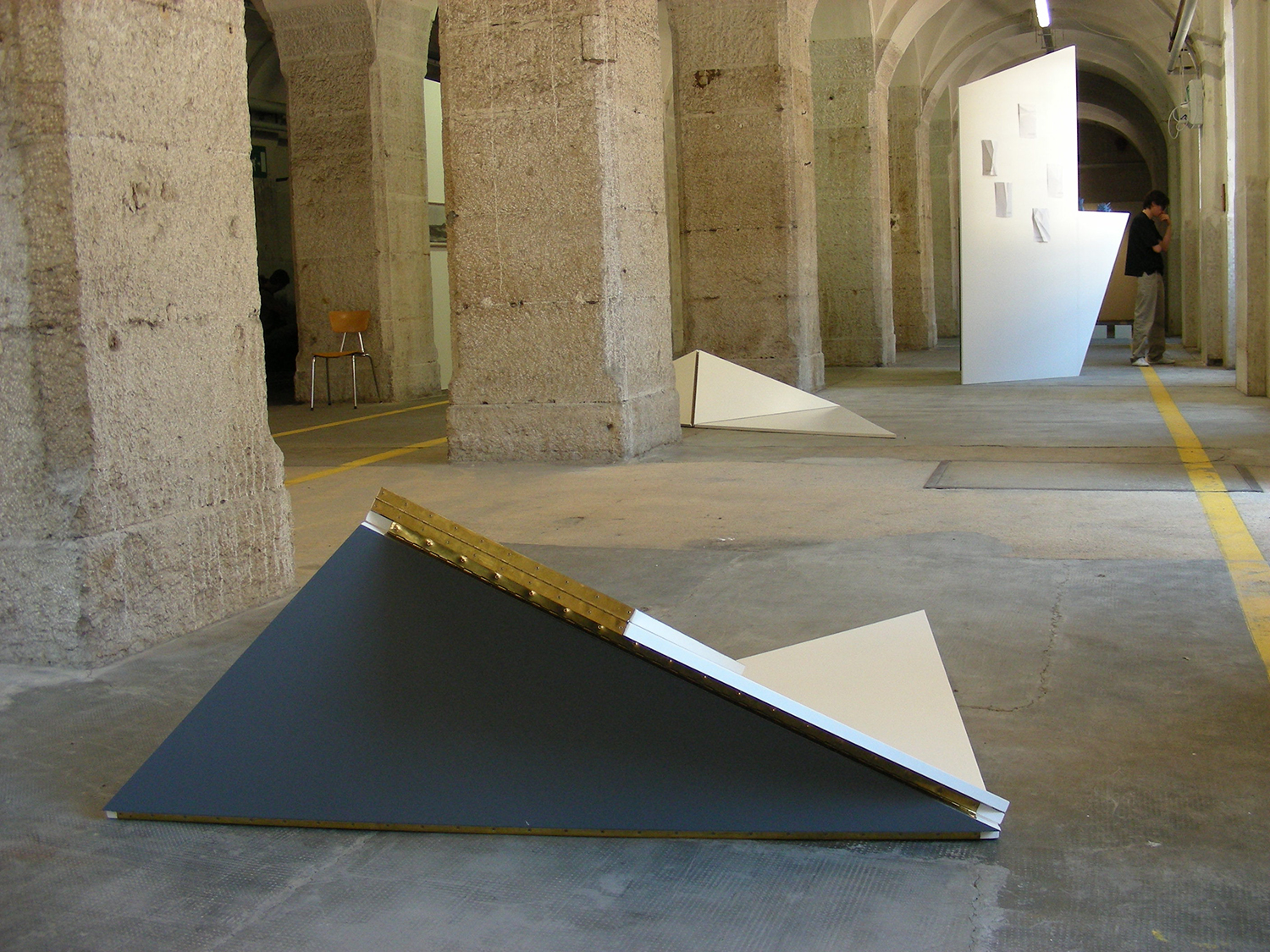