The pre-Hispanic history of Mexico is contained in pictorial codices or painted books produced by the Aztecs, the Maya, the Mixtecs, and others. Unfortunately, very few pre-Conquest codices survived the Spanish Conquest. Only about two dozen pre-Columbian Mesoamerican codices have survived the book-burning policies of some native rulers and Spanish conquerors. The tradition of codices continued in colonial times, producing hybrid manuscripts and following the transition of beliefs, styles and techniques.

Curious enough, most of the original manuscripts ended up in private collections and libraries in Europe, where they are up until today. Some of the most important codices are in Italy, at the Vatican library, in Florence and in Bologna. These books, condemned by the inquisition, ended up as treasures of vanished civilizations. The story of the books that survived is very complex as they changed hands and places several times.

Since the start, different people throughout the years, a palimpsest of voices, styles and oral histories painted each book. The piece is composed of a 10 meter long drawing, based on the codex Borgia, that traveled from Mexico in the XVI century and now it is held at the Vatican library in Italy.

The drawing is animated in a film, which tells, from the point of view of the codex, the different adventures and transformations of the codex, from how it was saved from the flames when the Spanish conquerors tried to burn it, to its journey through the ocean, and the several attempts throughout the centuries to understand its meaning. 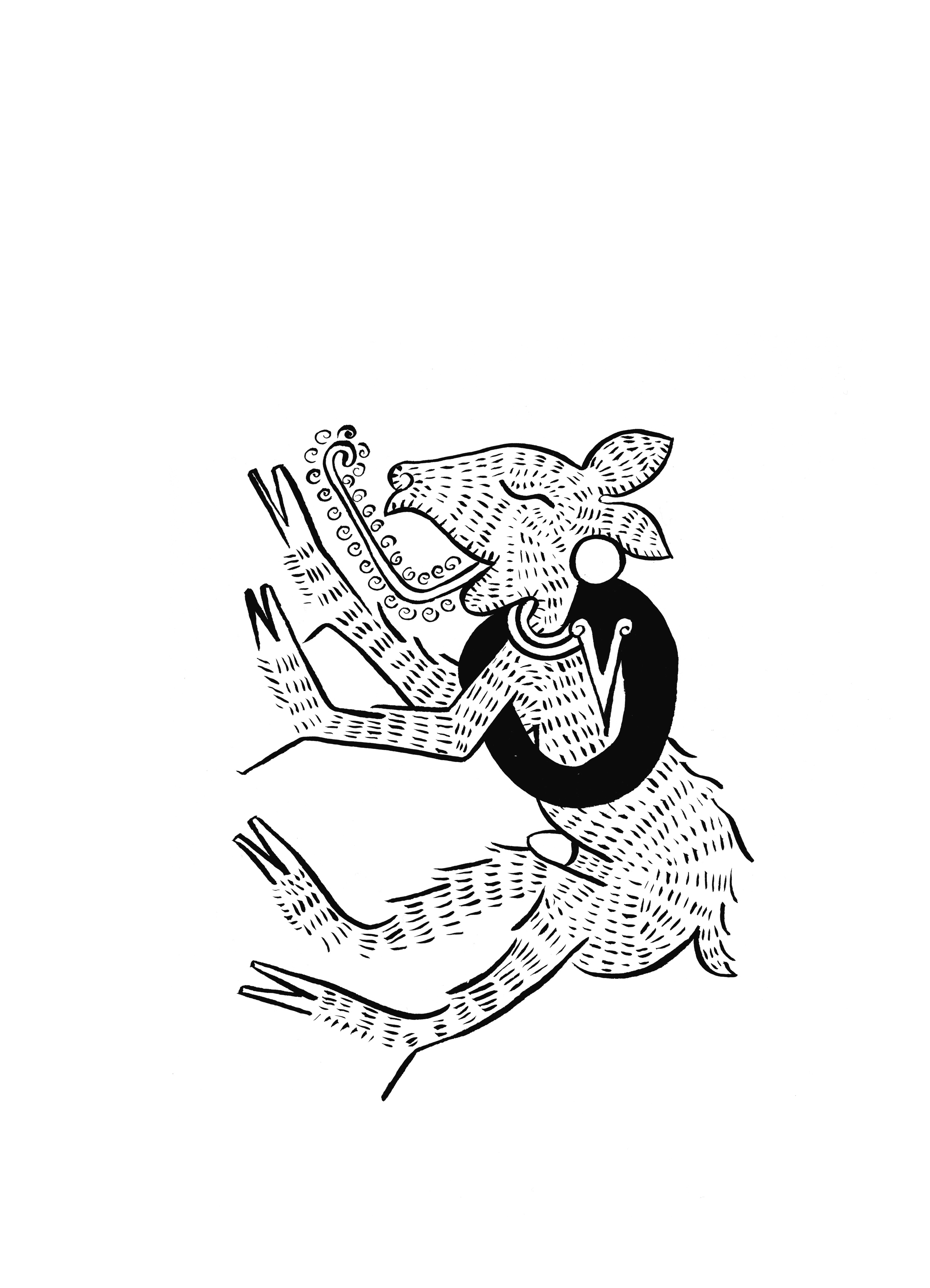 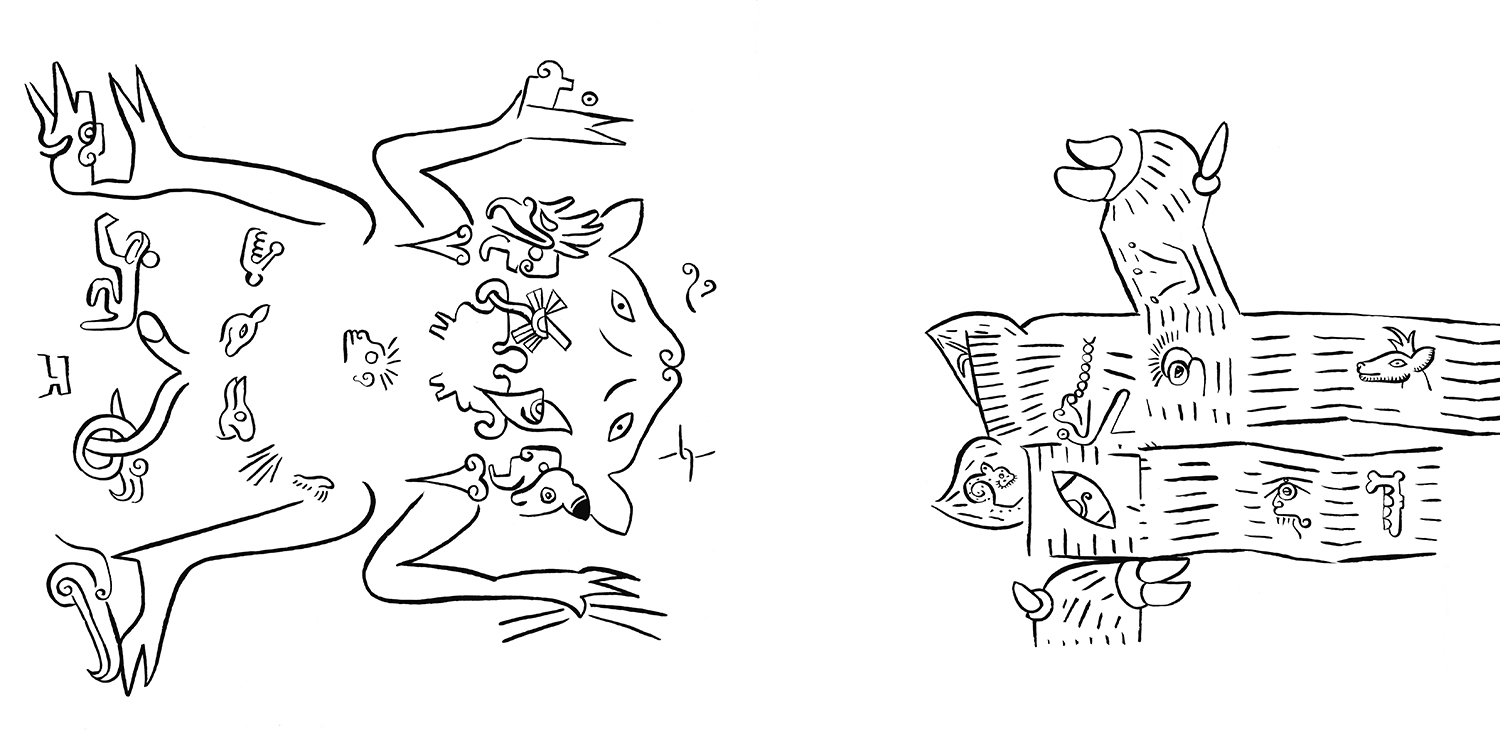 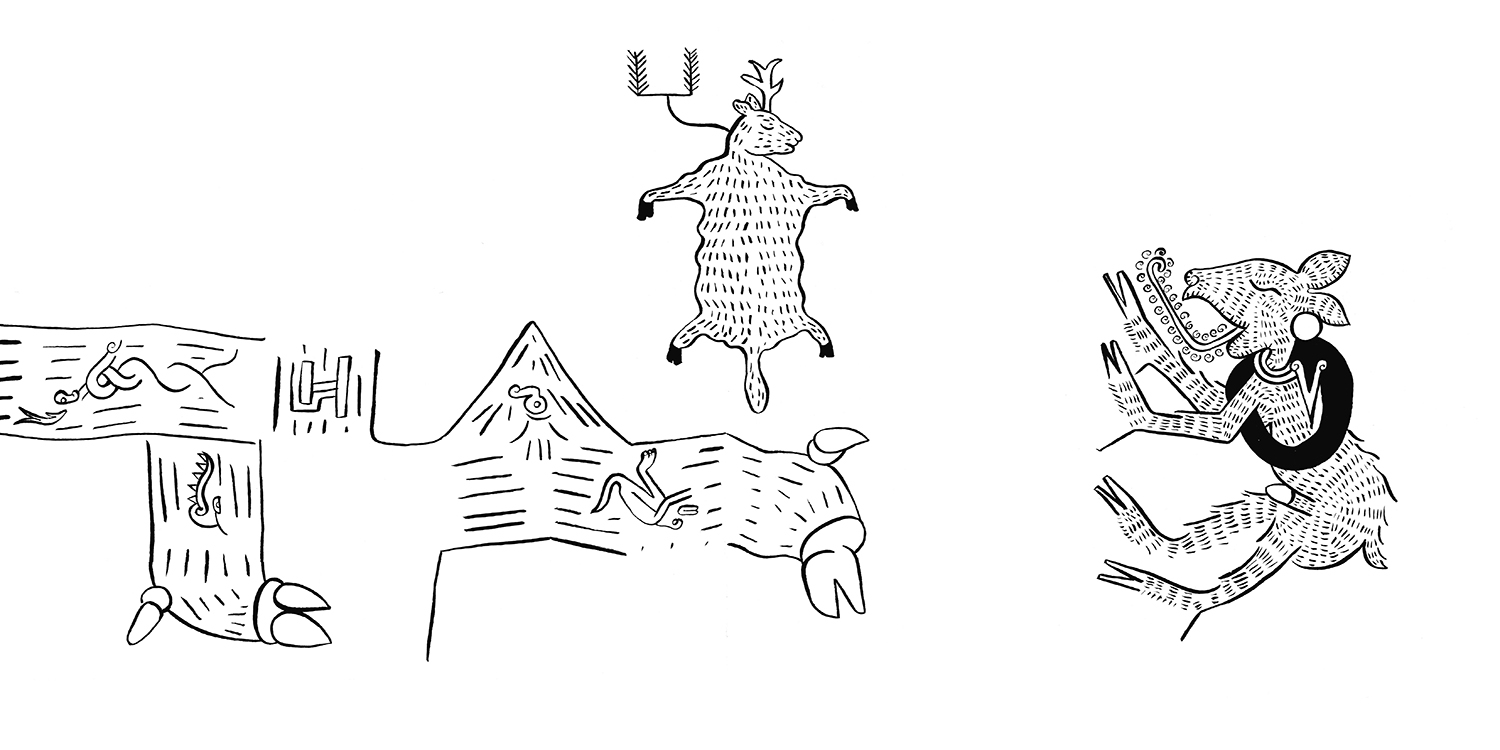 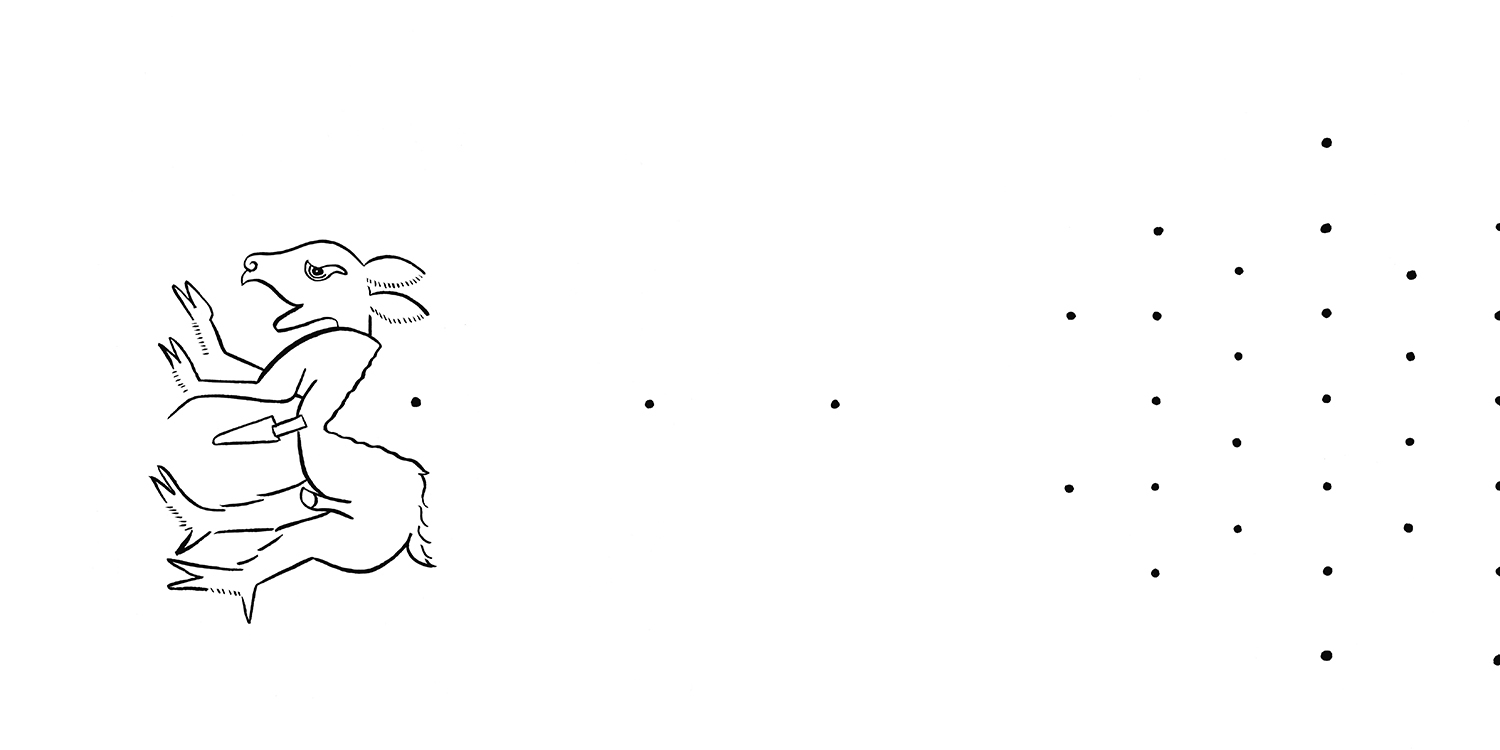 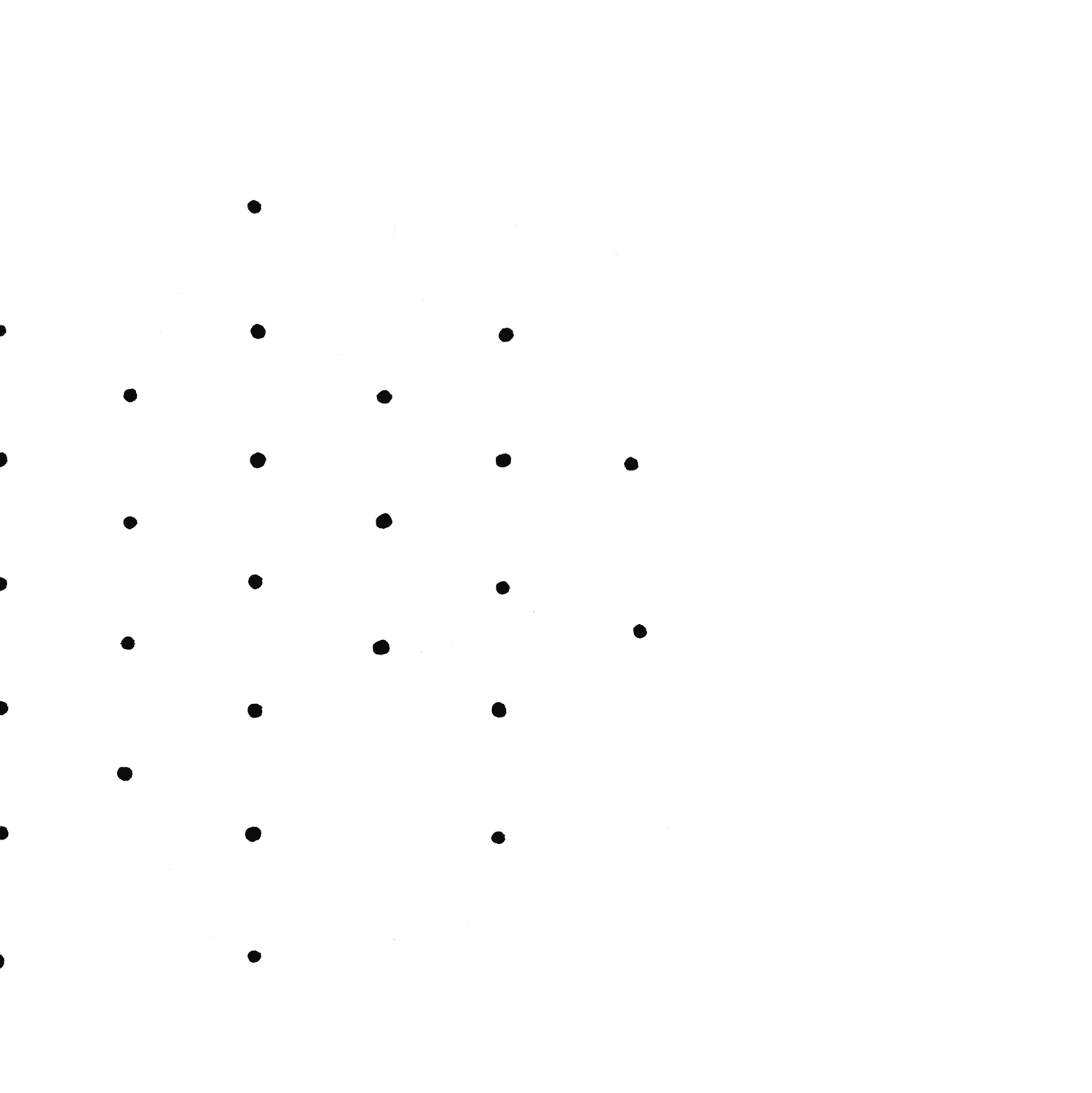 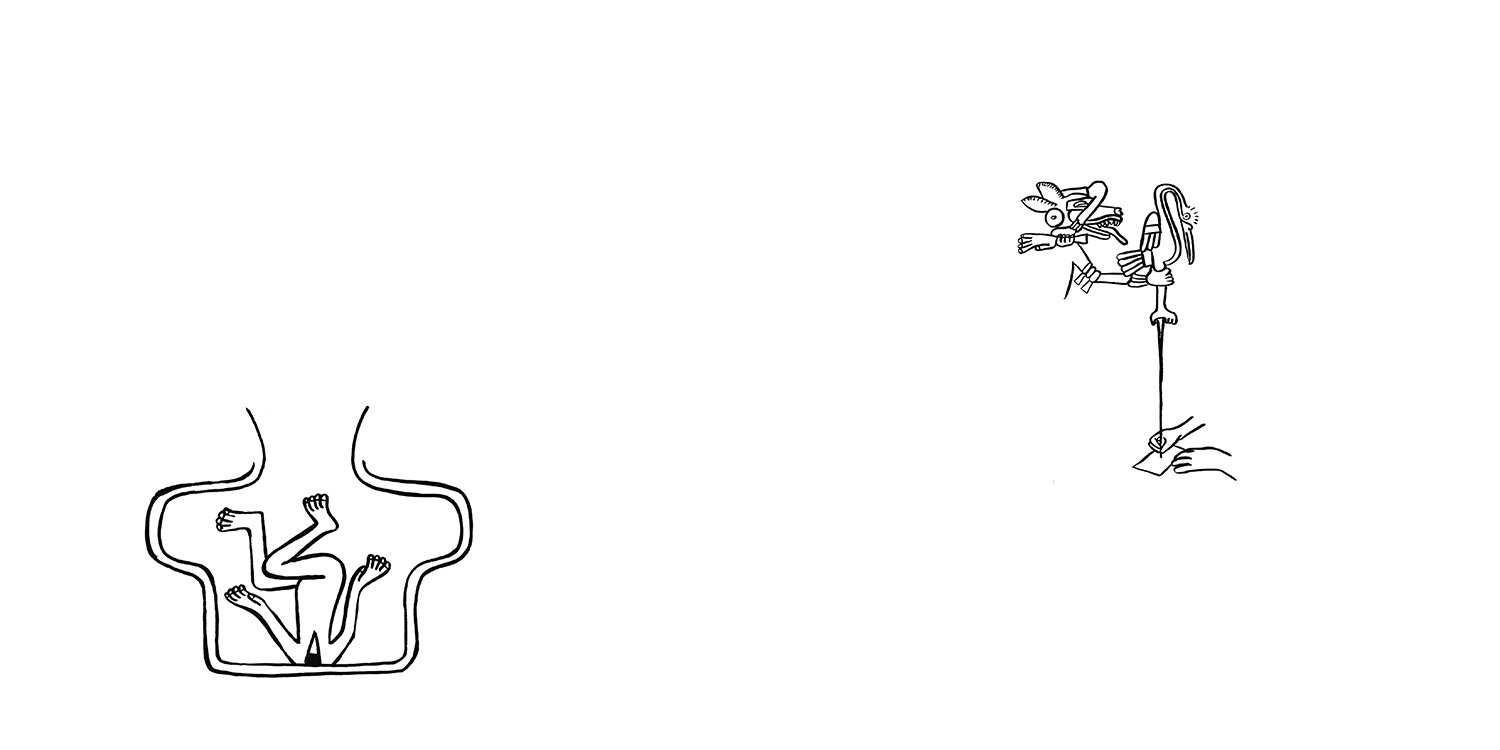 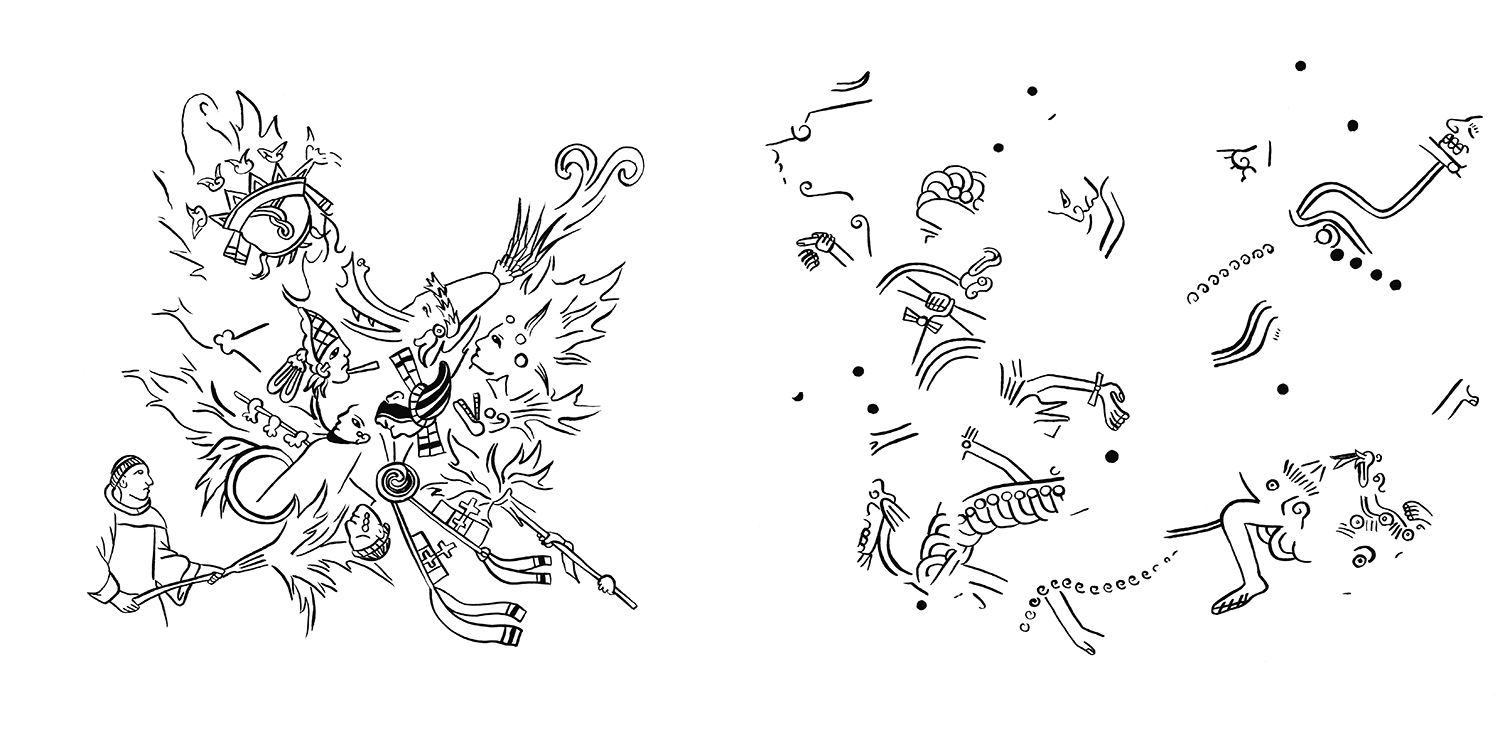 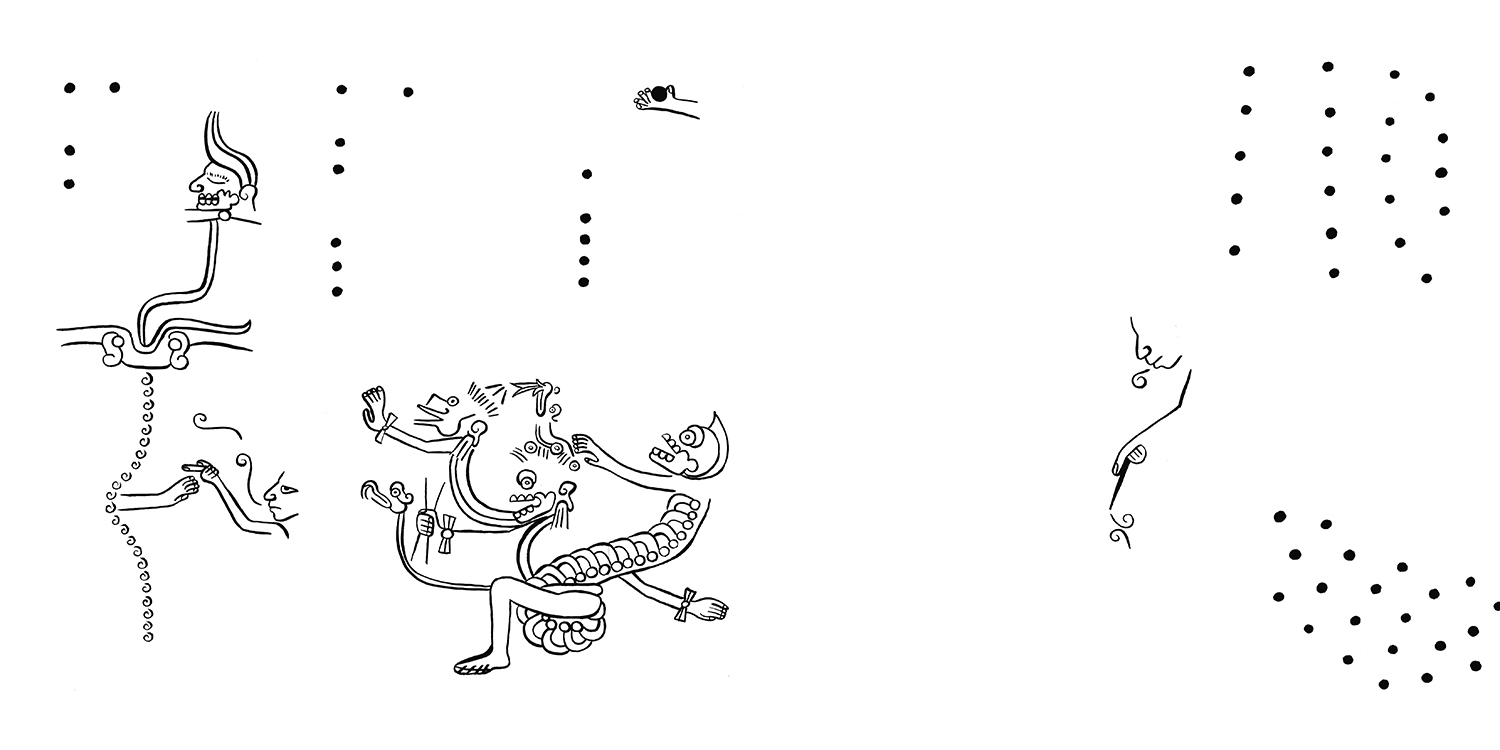 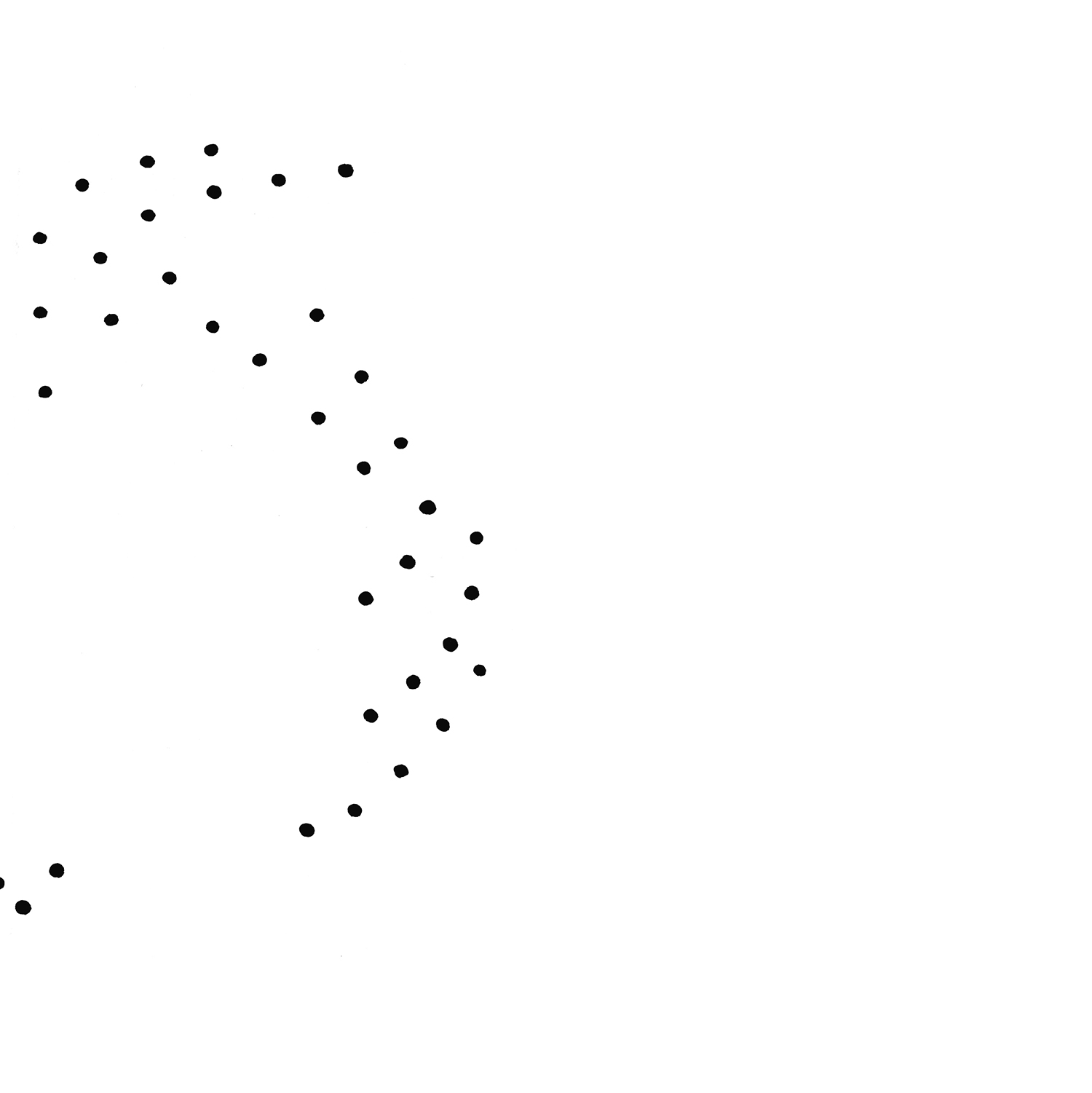 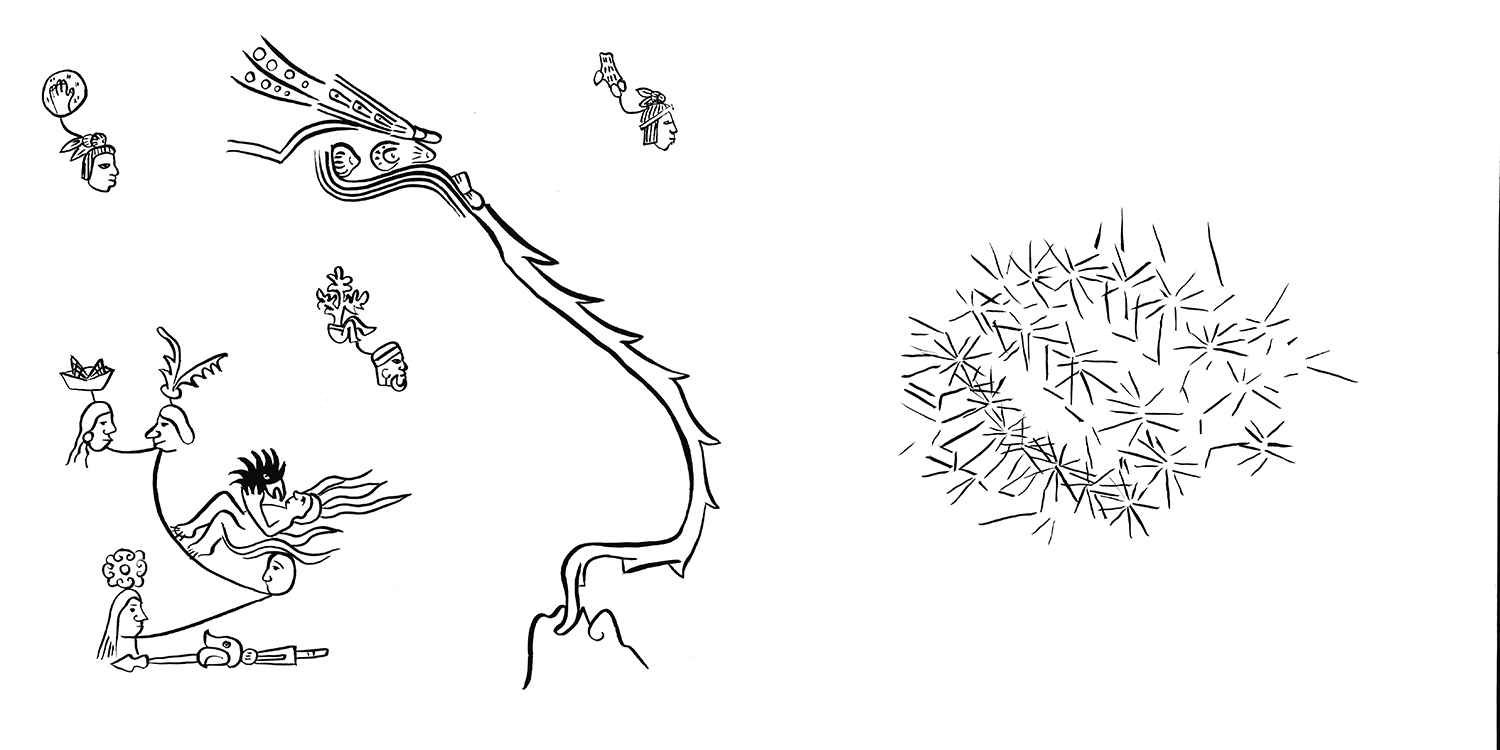 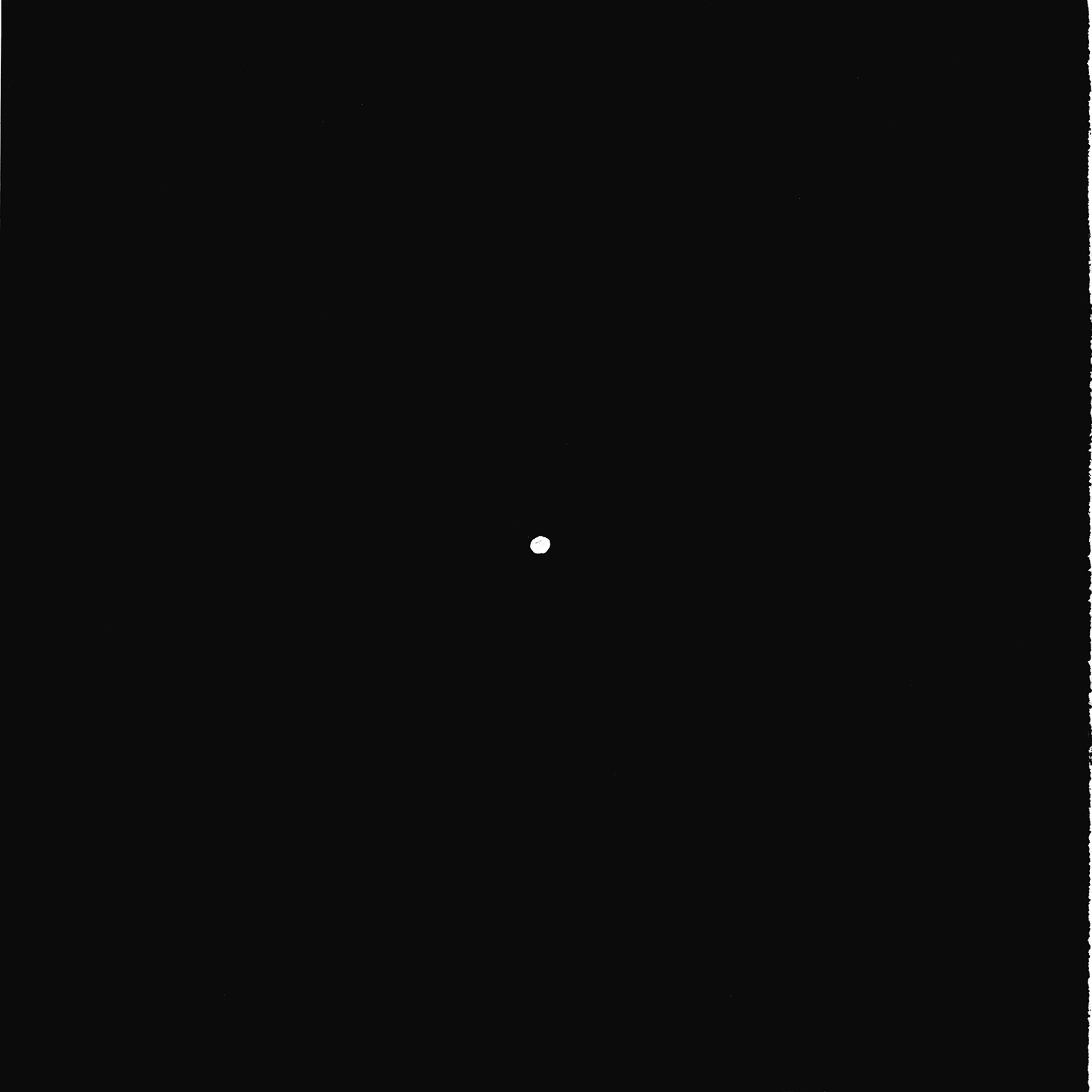 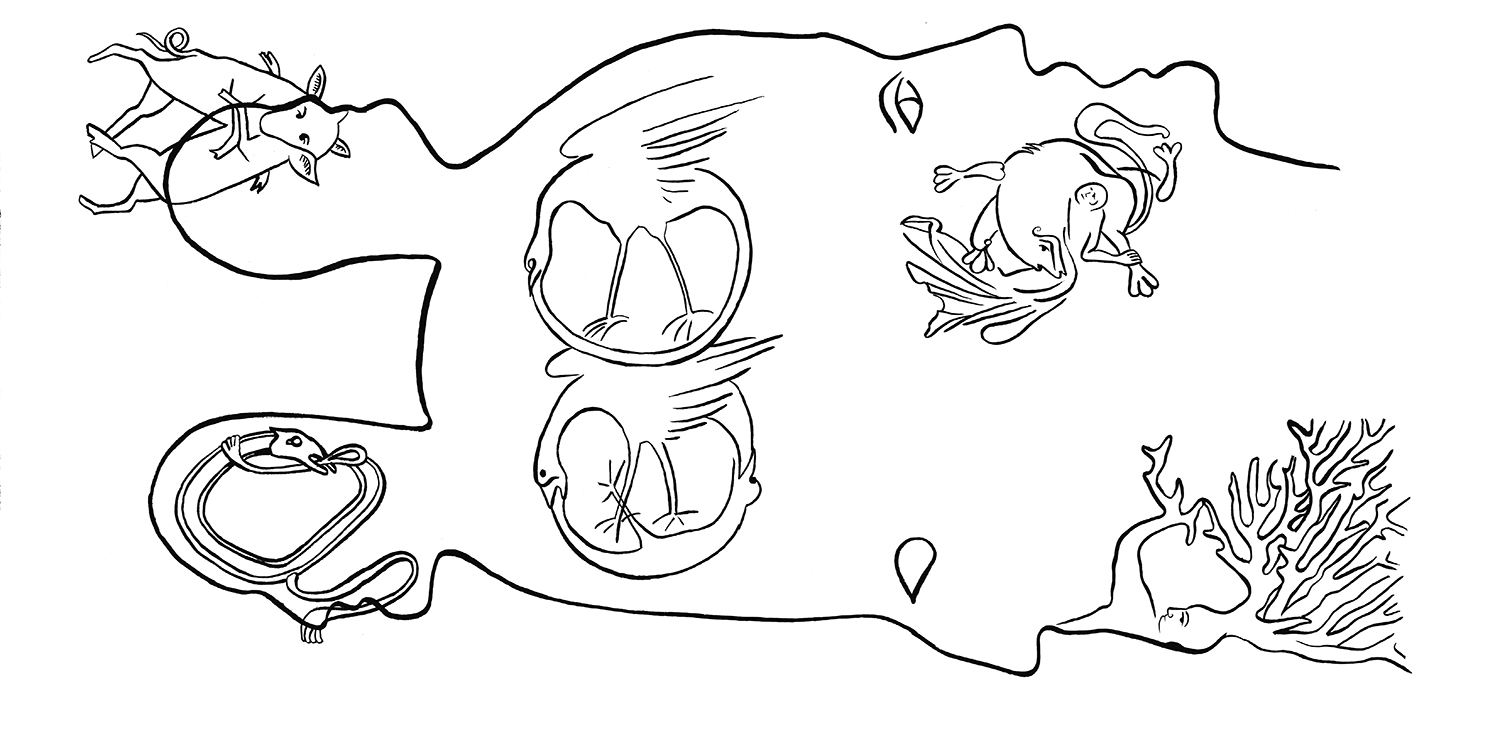 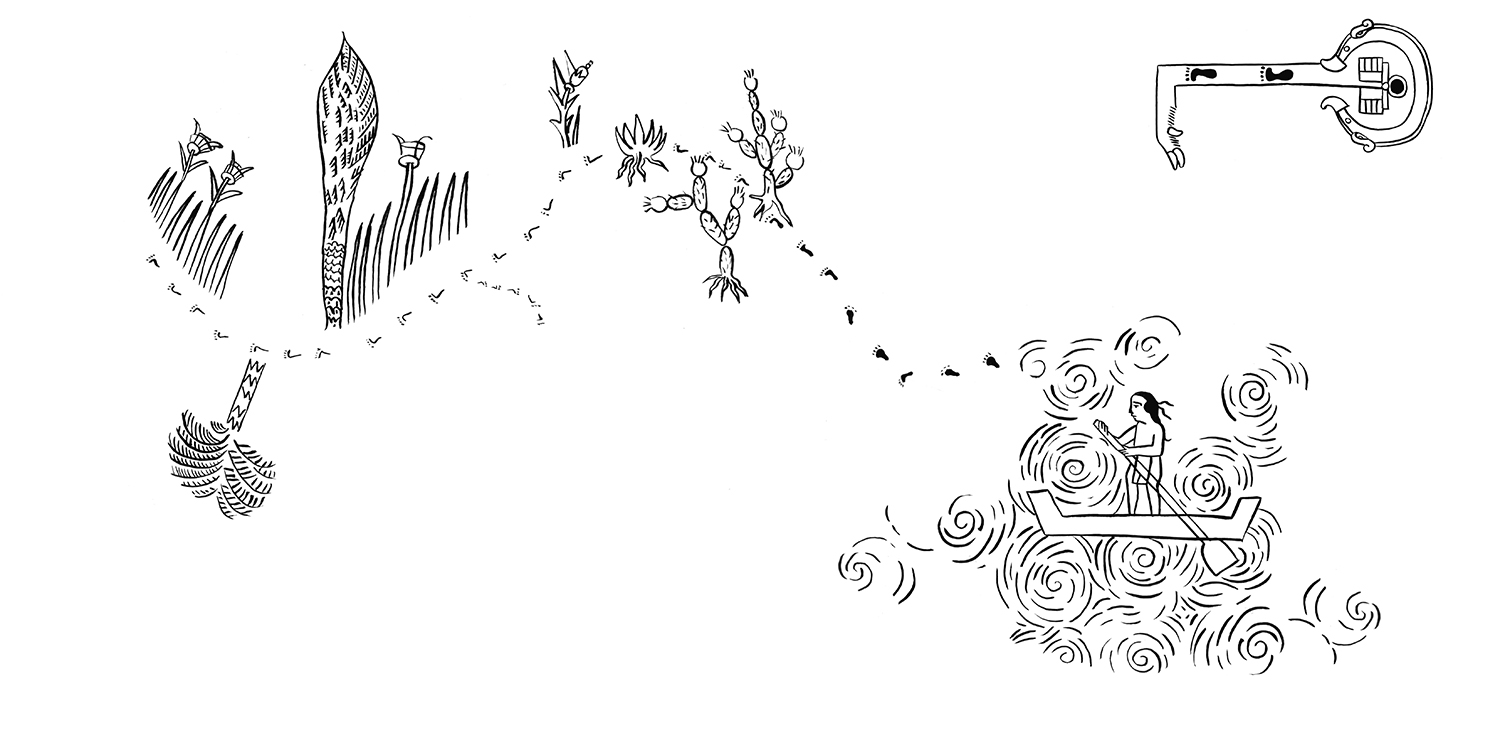 The where I am is vanishing

Between shadow and shadow

Silently to walk on the mountain,

I go out at night to escape the arrow

The hunter turned deer in the attempt to trap me

Stealthily, moving cautiously among the branches

I, able to observe even the most imperceptible noise,

I am ears entirely

I perceive his movement, his hunger to trap me.

Thirsty after leaping so long, I close in on an arroyo under a half moon

The nightfallenness of all words sows confusion

I feel something burning me, the flower-arrow cutting through me

Anything would be possible except to be named Deer.

And where would I be then?

The where I am is vanishing,

Each part of my body takes its leave, performs a different function

They place my head upon a stone

Put pulque on my tongue, as if I might still be thirsty,

Peel the skin carefully away from my body

Open in a symmetrical pattern

joining it together to form one long long strip

Folded into an accordion it becomes a codex

In the midst of the abyss that opens between I and I myself,

I forget myself and change and don’t last. 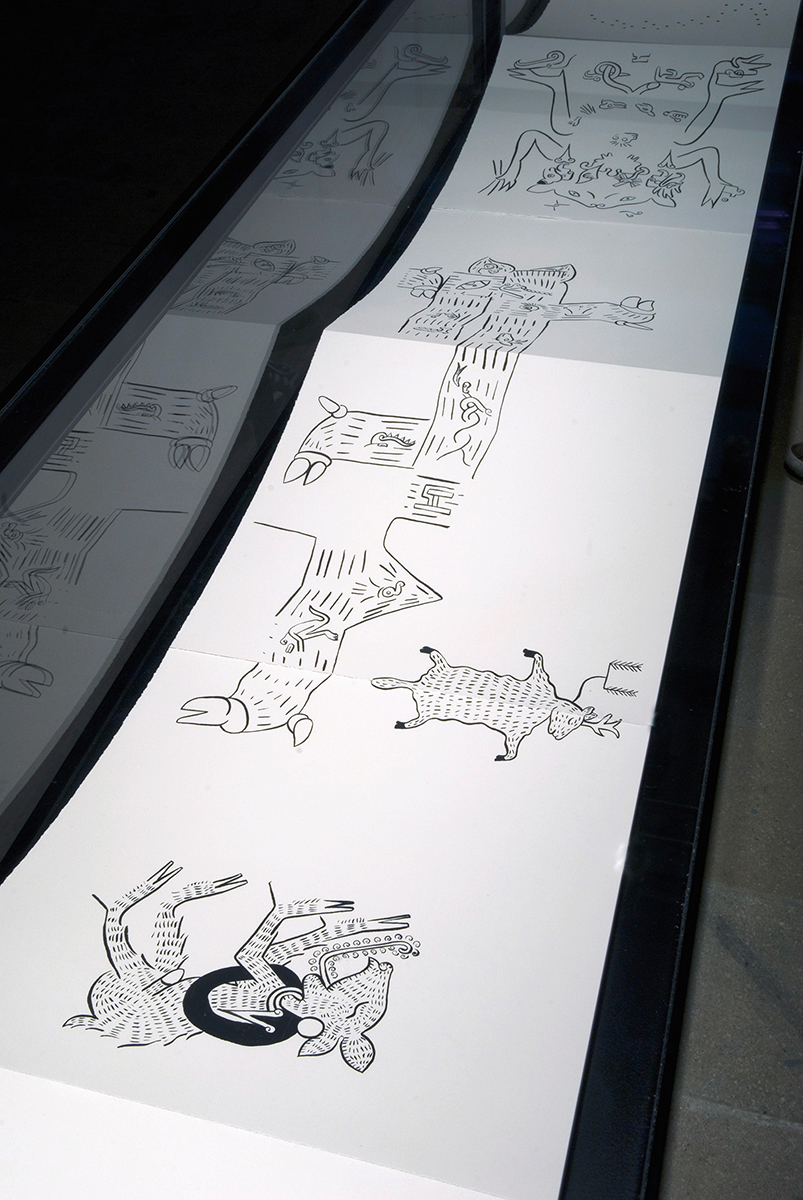 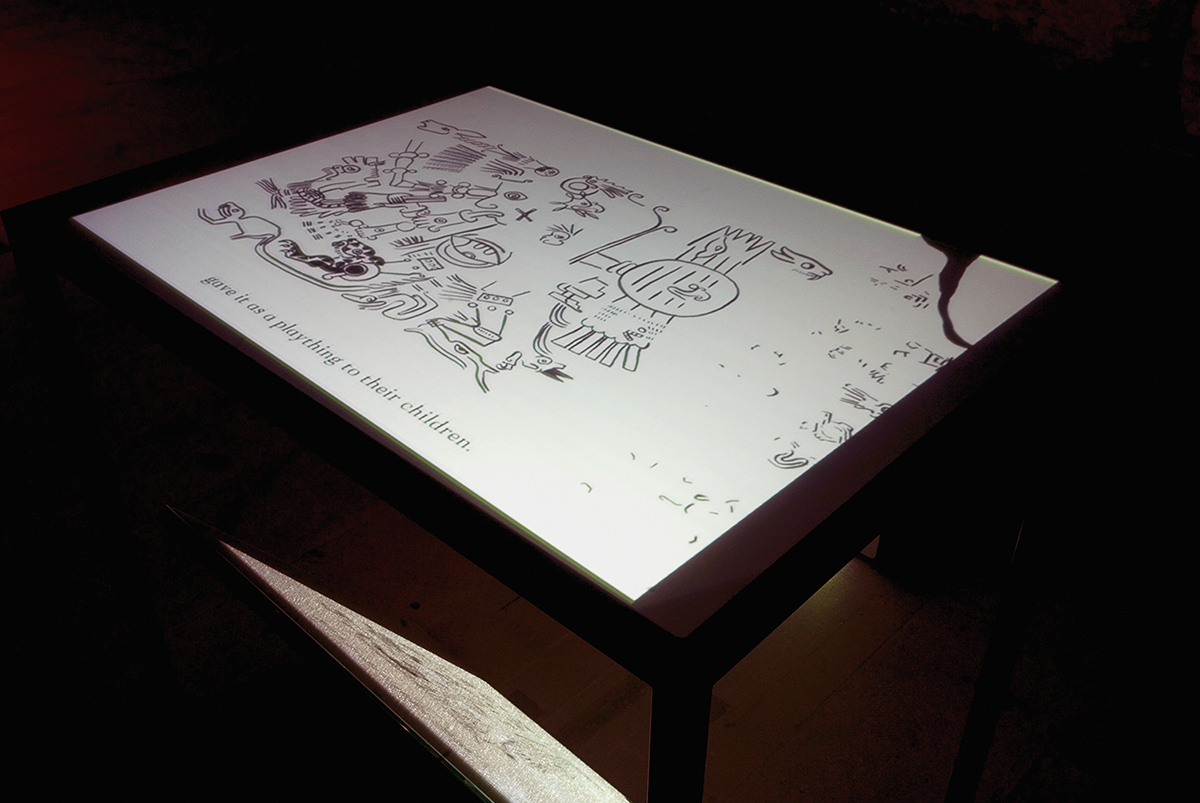 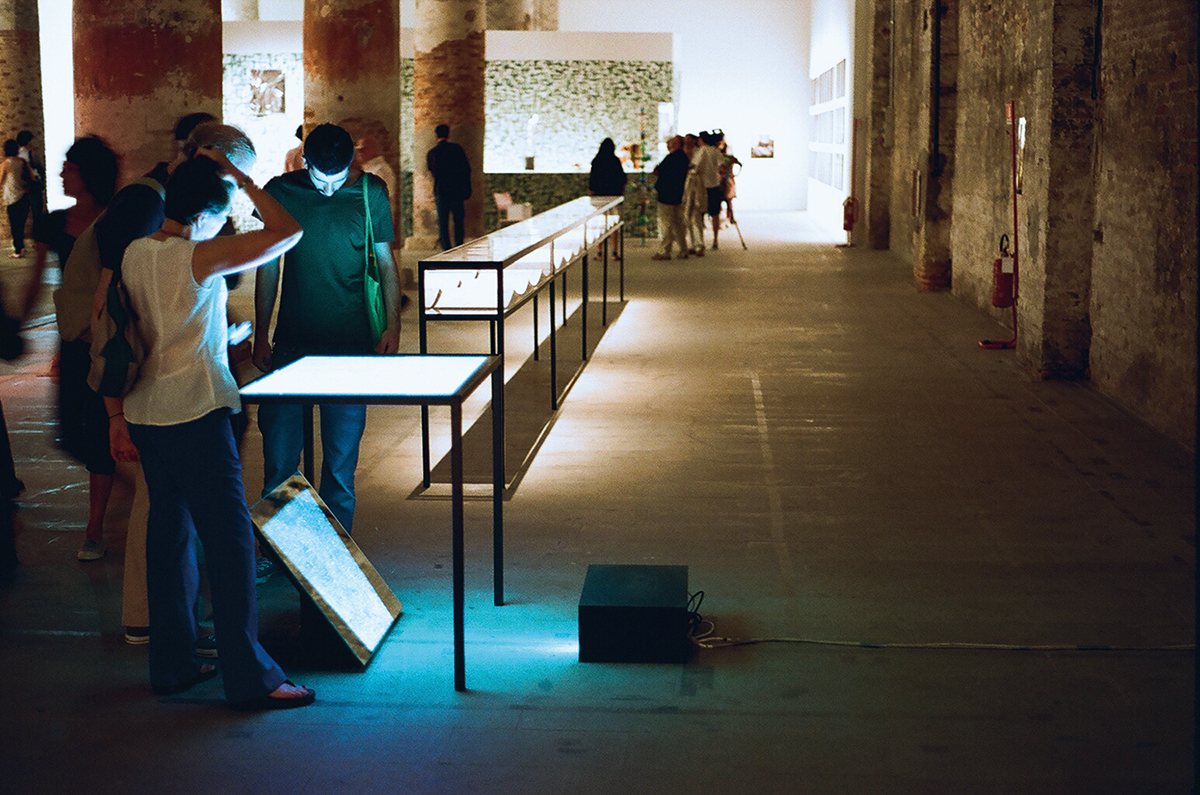